You Are Here: Home → Charges dismissed vs. ex-player in domestic incident 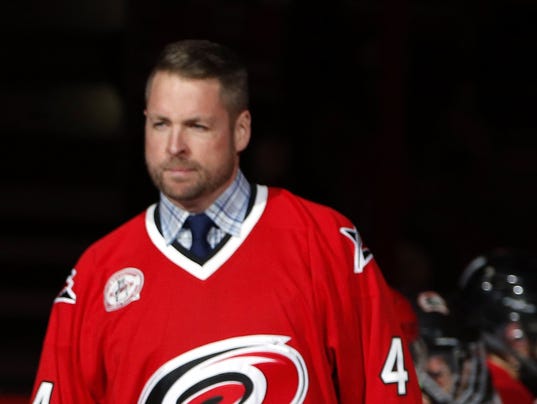 Police in Cary, North Carolina arrested Ward after responding to a house, charging him with misdemeanor assault on a female and misdemeanor interfering with emergency communications in an incident involving his wife. According to a magistrate’s order, Ward pushed her and took her phone.

According to a dismissal notice filed Friday in Wake County, the decision to drop the charges came after a review of the case and “discussions with the victim.” The notice stated “it appears that further prosecution is not warranted.”

Cary is near Raleigh, where Ward helped the Hurricanes win the 2006 Stanley Cup. TV network TSN suspended Ward from his analyst duties after the arrest.

Copyright 2016 The Associated Press. All rights reserved. This material may not be published, broadcast, rewritten or redistributed.