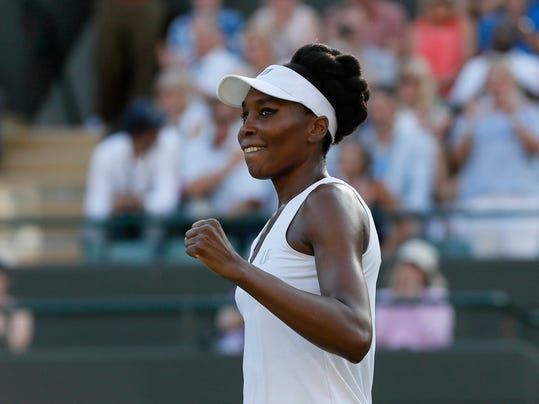 LONDON (AP) — Four of the remaining 16 women at Wimbledon have played in a final at the All England Club. One of them is certain to be eliminated in the fourth round.

Angelique Kerber and Garbine Muguzura, who have won titles at other Grand Slam tournaments, each lost to Serena Williams in the Wimbledon final the last two years — Kerber in 2016, Muguruza in 2015. They meet Monday for a spot in the quarterfinals.

The top-ranked Kerber has lost her past four matches against Muguruza.

“I think I have to play from the first point good tennis against her,” Kerber said Saturday. “I have to be aggressive, as well, and trying to (play) my game from the first ball that we hit.”

The other players with experience in the final at the grass-court major tournament are Williams’ older sister, Venus, and Agnieszka Radwanska.