You Are Here: Home → Lakers give early look at new $80M training center 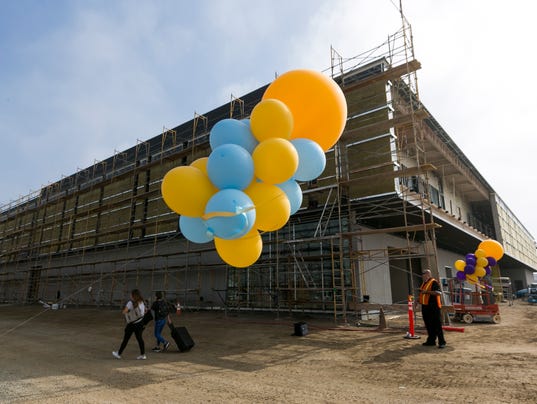 EL SEGUNDO, Calif. (AP) — After Kobe Bryant’s retirement and the worst season in team history, the Los Angeles Lakers’ quest to rebuild a championship franchise is finally beginning in earnest.

Seems like the perfect time to get excited about moving into a shiny new home.

The Lakers provided an early look at their $80 million training complex Wednesday while announcing a naming rights deal with UCLA Health, the multi-hospital academic medical center. Just eight months after construction began in earnest, the Lakers are on schedule to open the 120,000-square-foot UCLA Health Training Center during the 2017 offseason.

“This was really an effort to make sure we had not only everything we needed, but also everything we were going to need in the future,” Lakers President Jeanie Buss said.

The Lakers will spend the next year just two blocks away at the Toyota Sports Center, their home since February 2000, before moving into the state-of-the-art complex in El Segundo, near Los Angeles…