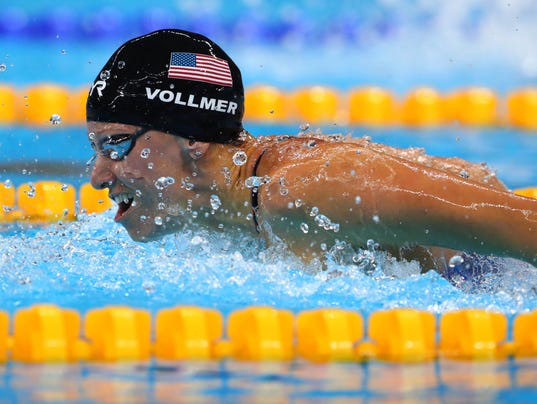 RIO DE JANEIRO — Dana Vollmer did something this week that’s easier said than done: She won two Olympic medals just 17 months after the birth of her son.

The American finished behind gold medalist Sjostrom in the same event she had won in London four years ago. Vollmer also won silver here as part of the U.S. women’s 4×100 free relay on Saturday night.

Vollmer joins Dara Torres as just the second American woman to medal after giving birth. Torres earned three silver medals in Beijing — one individual medal in the 50 free, and one apiece in the 4×100 free and medley relays.

Vollmer, now a six-time Olympic medalist, said her husband and son, Arlen, were unable to make the trip to the Games and have been watching from home in the U.S.