Roger Federer now holds the record for the most Wimbledon championships in history after beating Marin Cilic on Sunday.
USA TODAY Sports 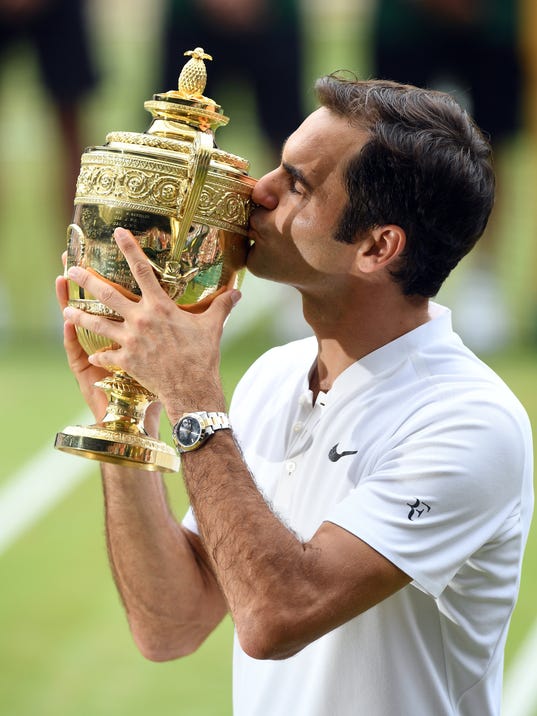 WIMBLEDON, England — Roger Federer became the first man in tennis history to win eight Wimbledon titles when he dominated Marin Cilic of Croatia 6-3, 6-1, 6-4 in the final on Sunday.

“Better than holding the trophy and winning today is to be healthy,” said Federer, who didn’t play in 2016 after his Wimbledon semifinal appearance because of a knee injury. “Not dropping a set, the tournament I played is magical. I can’t really believe it yet.”

At 35 years, 342 days old, Federer is the oldest man in the Open Era to win the Wimbledon title. He captured the title in perfect style by serving up an ace on his second match point in the final game.

The victory increased Federer’s record of Grand Slam titles earned in the men’s game to 19.