We rank the most devastating heartbreaking finishes in Super Bowl history. 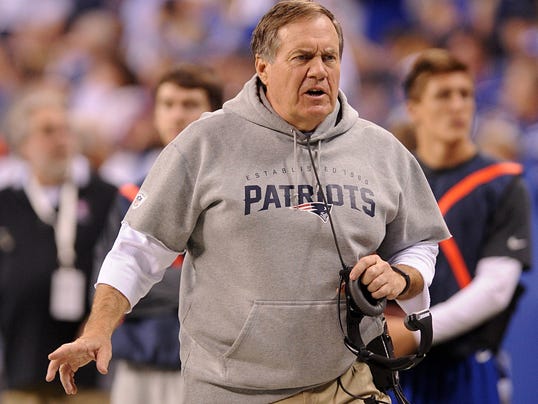 HOUSTON – Bill Belichick’s hoodie is an everlasting part of his legendary coaching career. The iconic garb sported so often by the New England Patriots head coach has its own Twitter handle. You can buy real versions and knockoffs online. One of his hoodies is in the Hall of Fame. And everyone wanted to ask hoodie-themed questions on Super Bowl media night Monday.

“If only it was that easy,” Belichick said, when asked about whether his choice of clothing was borne from superstition. “You wear a certain thing and that means you win the game.”

Of course there is more to it than that, and the Patriots’ hopes of success in Super Bowl LI on Sunday will have plenty to do with how they combat Matt Ryan and the Atlanta Falcons’ prolific offense, among other things.

Yet football fans are just like those in any other sport, in that so many believe in forces of mysticism when it comes to athletic competition.

“If I see him wearing that red…