You Are Here: Home → Winnipeg Jets rebuilt on strength of first-round draft picks 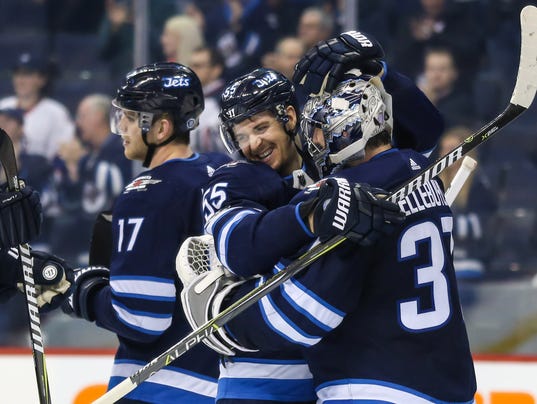 Winnipeg Jets coach Paul Maurice understands that if a rebuilding is done the proper way, “it will feel 10 times longer than it takes.”

Maurice owns mental scars from the climb the Jets have made to hold the NHL’s second-best record at 17-6-4.

“You will look back at it and say that was great. That was easy,” Maurice said. “But there are a lot of carcasses on the side of the road, and they usually have whistles around their necks, by the time you get there. We’ve had six good weeks, but we had two years of pretty defined step-back.”

Ranked fifth in both goals per game (3.44) and goals-against average (2.63), the Jets are the toast of the NHL, mostly because of the quality drafting done while they’ve missed the playoffs five of the six years they have been in Winnipeg.

“It’s not a fun experience, but we’ve been fortunate because from the first time the young guys stepped on the ice, we knew they were going to get better,” Maurice said.

What could have been: What would Team USA look like with NHL players?