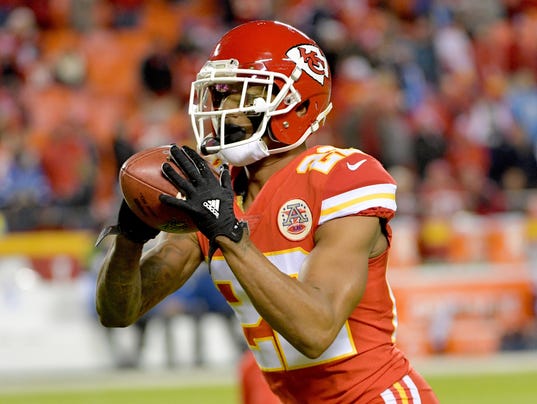 KANSAS CITY, Mo. — Marcus Peters sat on a folding chair facing into his locker late Saturday night, fresh off one of the biggest games of his young career. The volatile young cornerback glanced to his left to see Kansas City Chiefs owner Clark Hunt waiting a few feet away.

Peters reached out his right hand to Hunt, who responded with a handshake and a pat on Peters’ shoulder. The two men smiled and spoke for several moments.

Minutes later, Peters would shrug off a gaggle of reporters hovered nearby, waiting to hear about his three-takeaway night in the Chiefs’ 30-13 win against the Los Angeles Chargers.

Peters picked off two passes and forced a fumble, all the in second half, helping Kansas City regain control of the AFC West. The performance came a week after his one-game suspension from Chiefs coach Andy Reid, who disciplined Peters for leaving the field and throwing an official’s penalty flag into the stands during a…